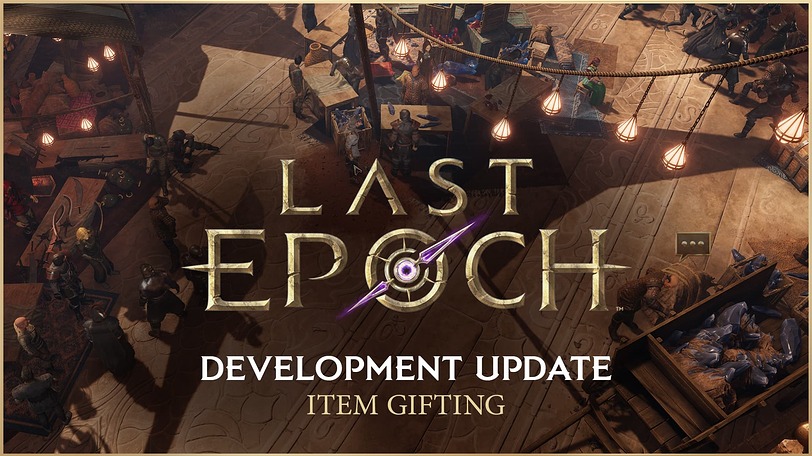 If you’ve been following Last Epoch, you’re probably aware that our plans for how trading will work in the game have evolved significantly over development. In this dev blog, I’ll explain the reasoning and design process that brought us to our current plans, what those plans are, and how they relate to patch 0.9.

Economies and Our Evolving Philosophy

One of our core beliefs when designing Last Epoch has always been that it feels more rewarding when you find and/or craft the items you use, rather than buying them, and that this also helps keep item drops exciting because there’s a reasonable chance that the dropped item itself will be useful for your character. Because of this, we’ve always wanted to ensure that killing monsters and playing the game is the primary way of acquiring items.

However, we also wanted to have a player economy on top of this. This led to us designing various iterations of the Bazaar, an auction house or player shop style system, always with a lot of restrictions on the rate and type of items players could trade to hopefully keep the system under control and ensure that the items you could acquire in this manner didn’t eclipse those you found from drops and/or crafted. 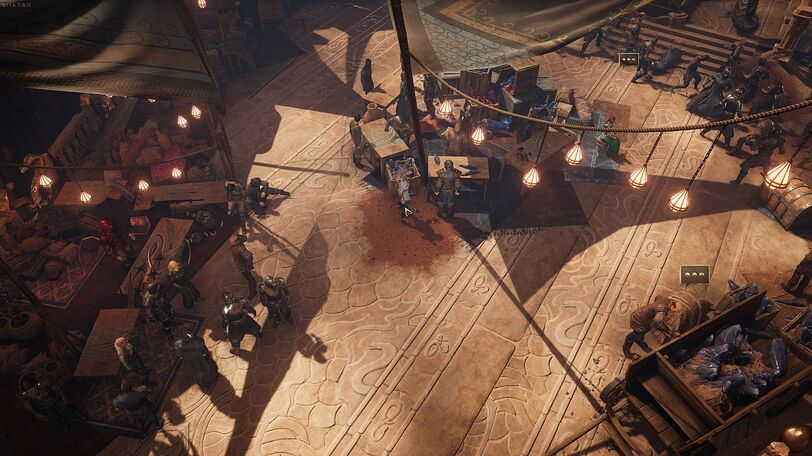 The more we found problems with these iterations of trade, ideated new ones, and advanced those ideas, the more we realised that any of these economy-based trade systems would damage this progression. Economies are extremely complex, even when they’re limited to video game items. They’re often unintuitive, they change over time as the player base finds more items, and they can act very differently depending on the number of active players. All of this makes it very difficult to accurately predict how an economy will function in practice and balance it accordingly. Ideally, we’d want it to feel relevant and useful and not overtake other methods of item acquisition, but realistically the unpredictability of an economy renders that level of balance precision impossible. The downside of getting it wrong could be trade taking over the game, making item drops unexciting, and ruining the balance of the game’s combat.

Another question we were increasingly asking ourselves was whether anyone would be happy with the system and have a good time using it. Players who want to play the economy and exchange the valuable items they find with other players were going to be faced with an impersonal and restrictive system. They would likely be frustrated and feel like their expectations of playing an online ARPG with an open trade economy had been betrayed by such a limited system. Meanwhile, players who want an ARPG with generous drops and crafting would likely still have to experience the pains of us having to balance around the existence of a trade economy, or at the very least, their item drops would feel worse because of the higher standard of items that having an economy results in.

With these conclusions in mind, we decided to pivot away from having economy-based trade and cancelled the plans for the Bazaar.

Item trading definitely has some significant benefits in an ARPG. One of them is that if you want to play a build that requires a specific build-enabling item, you’re not just praying that it drops; you can reliably farm up currency and buy it. This means that unless they’re particularly expensive, needing specific items to get a build going is much less of a barrier for creating that build. This is particularly important nowadays because, in contrast to the subgenre’s Rogue-like roots, much of the ARPG community has trended more towards wanting to plan out a build from the start and reliably progress towards that rather than making most of the decisions on the fly and adapting heavily to the items that you find. This is a process a lot of players enjoy and something we want to ensure that we support.

However, trade isn’t the only way or even necessarily the best way to support it. The flip side of being able to acquire any item through trade is that the process of acquiring the items you need for your build is just the process of farming currency, so the activities you do and the places you farm are whatever’s most optimal to farm currency. This runs a big risk of turning a potentially varied endgame experience into a very repetitive one, where only a small part of the content is experienced over and over again.

Meanwhile, if you need to farm the items themselves, and those items drop either exclusively or more frequently from different specific pieces of content, then that naturally entices you to engage with those different pieces of content to farm those different items. This means that hunting for gear is a more varied process for an individual character and is also more different from one character to another as long as they require different sorts of gear. Because of that, we want to continue to rely on powerful target farming methods rather than trade to facilitate specific item acquisition. 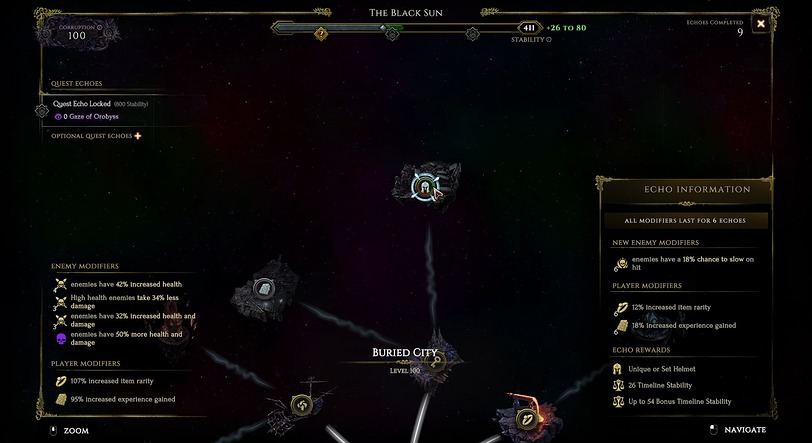 One of the other benefits of one player being able to trade items to another is that when you’re playing with a friend, and you find a cool item that’s good for their character, you can give it to them. That’s an experience that can feel great because it’s a way of meaningfully helping your friend out in a way that isn’t always felt so often in the fast-paced combat of ARPGs, but it’s still one that resulted from you playing co-op together.

There are two sides to this, though. A player giving items to a friend isn’t an unquestionable good that always leads to a better experience. ARPGs are games about progression that are inherently more about the journey than the destination, and a friend skipping that journey for you by giving you all the items you need often drastically shortcircuits the adventure of the game and makes it less enjoyable.

Another danger with unrestricted item gifting is that an economy can grow up of its own accord, coordinated and facilitated by the community. It is certainly cool to see a game’s community achieve this sort of thing. However this can result in all the same problems that a developer-created economy can, while also being less convenient.

Nevertheless, our primary goal with multiplayer is facilitating a great co-op experience, and we felt that a big part of that is being able to share the items you find while playing together.

With this all in mind, we set out to design a system that facilitated this sort of co-op item gifting without a full economy developing.

Earlier in the year, we said that trade wouldn’t be included in patch 0.9. The community reacted with disappointment to this announcement, and so we prioritised getting our item gifting system ready to be tested by our community testers. That testing went well, and we’re confident in detailing the system publicly and including it in patch 0.9.

In this system items that drop while you’re adventuring with other players (in the same zone) can be gifted to any of those players at any point. This can be done by right-clicking their portrait and selecting "Gift Item.” This brings up your inventory alongside a gifting window and highlights the items in your inventory that can be gifted to that player. You can then simply place the chosen item in the gifting window, press “Confirm Gift,” and the item will be transferred to the player’s gift inventory. The player will then receive a notification telling them what item they’ve received, and they’ll have an icon in the bottom right of their screen that they can click to bring up their gifting inventory. From there, they can either transfer the item to their inventory now, leave it there until later, or throw it on the ground, because their friend has gifted them a hat with no affixes.

Trade in ARPGs is a topic that has many passionate people on every side of the conversation. However, we want Last Epoch to be an ARPG that, at its core, is about going out in the world, killing enemies, and finding awesome loot, not one where playing the economy is the key to success. We strongly believe that this approach will make the game both a more enjoyable co-op experience and a more balanced solo experience. With this, we’ll be able to preserve and continue to improve all the great systems we’ve built for Last Epoch in terms of progression and the player experience without having to sacrifice them to accommodate extensive item trading. We’ll be closely monitoring feedback regarding the details of this system while we look forward to everyone getting their hands on item gifting and more in Patch 0.9 on March 9th.