Hello Travelers! Welcome to the 8th day of our Sensational, Week+, Hype-Train, Patch Spectacular *TM, and the reveal of our second dungeon “The Lightless Arbor” releasing with patch 0.8.5 Depths of Eterra. We are very excited to shed some light on what is waiting for you in these ancient depths, but fair warning, for those who would wish to discover these new passages on their own, spoilers lay ahead.

Eterra’s history holds many dark secrets - some so distant they’ve faded into myth. Such is the case of The Lightless Arbor and The Mountain Beneath. Deep under the mountains that house the Last Refuge, quietly lives a time-worn forest full of ancient vegetation, wildlife, and creatures of tremendous power. One of these creatures, a massive Titan made of plant and stone, has awoken from his long slumber. His lumbering beneath the Last Refuge threatens to cause a cave-in that that will burry humanity’s last light. You must venture deep into The Lightless Arbor, walking paths untouched by sunlight for over a thousand years, and save Eterra’s Last Refuge from The Mountain Beneath.

The Lightless Arbor is Eterra’s darkest dungeon - quite literally - and that darkness is home to a horde of ancient creatures who’ve thrived in it for thousands of years. The darkness has made them stronger and more resilient. If you thought saving Eterra was difficult before, try doing it in the dark. In their dark. 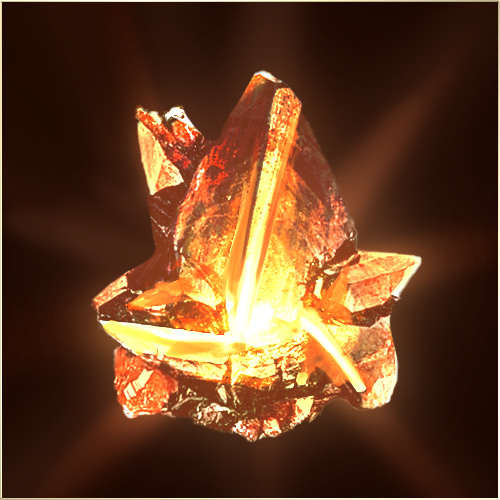 Luckily, you will have some assistance from a Lost Spriggan and a magical source of light known as the Pyre Amber. Once activated, the Pyre Amber will travel with you through the dungeon, and at your command illuminate a specified area, then return back to you as needed. Control of the Pyre Amber’s light will be crucial to your success in The Lightless Arbor, as the enemies here are fortified by the darkness - they deal much higher damage, and receive much less in return while shrouded.

While the Pyre Amber is following you, your fates are linked. Take too much damage and the light radius shrinks. If you are to succeed, you’ll have to find a way to replenish the Pyre’s light, or risk being lost in the darkness forever.

While there is little so far revealed about the Titans of Eterra, we do know they were born in the Ancient Era. Humanity remains unsure how many have survived Eterra’s dangerous history up until the Ruined Era, but today we’ve learned that at least one has - and he’s angry. The Void’s corruption has spread into the Lightless Arbor and torn away the ecosystem that has kept him sleeping peacefully for all these years. 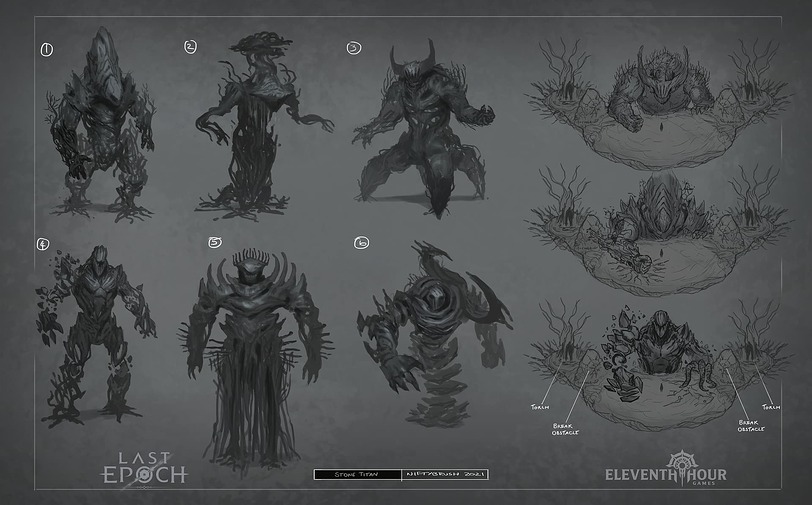 The Mountain Beneath has earned his name - made of stone and plant, and towering over 100ft tall. Once you are standing in front of him, watching his mighty fists plummeting down towards you, you might be struck with the question: How does one properly slay a mountain? A good question no doubt, and one we pray you find the answer to somewhere in the depths of The Lightless Arbor.

The Vault of Uncertain Fate

The Vault of Uncertain Fate is a mysterious structure from a similar origin as the Monolith and Eternity Cache, long forgotten by mankind. Its lost legend is tied to the power of a being called Derium who dates back to the beginnings of the Ancient Era.

It has the power to transform gold coins into powerful rewards - but be cautioned - the vault itself is in control of your fate and reward, there are no guarantees of being offered what you are looking for.

When you enter the Vault, you will be presented an offering. If you value what’s presented, you may accept the reward and pay the demanded price. At this point you will be presented another offering, and a choice: continue to invest or enter the Vault. The Vault’s power is limited only to the extent of your sacrifice, and the power of your reward scales deeply with the amount of wealth you’ve parted with. It is important to be strategic about which offers you accept and which you decline, as all choices come with a cost - and the cost of a missed opportunity weighs heavily.

Whether you’ve been with us through our entire journey so far, or you are just joining us near the end, we want to say thank you for your continued support (and hype) for all the cool new content coming in Patch 0.8.5 Depths of Eterra. Join us tomorrow for the 9th and final day of the Phenomenal Week+, Super Hype-Train, Patch Spectacular *TM - It is everyone’s favorite day! Christm PATCH NOTES DAY!